Africa’s youth: a “ticking time bomb” or an opportunity? 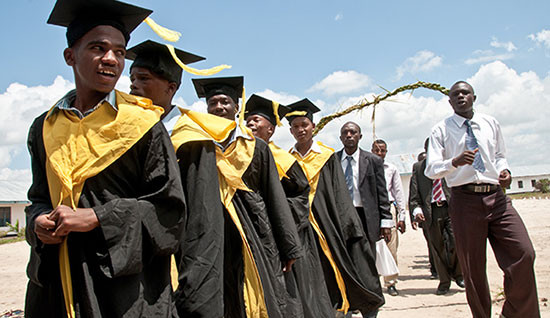 Senegalese opposition politicians denounced the country’s high unemployment rate to mobilize youth against former President Abdoulaye Wade in the country’s 2012 presidential election. Joblessness was one of the main issues that drove the country’s many young people into the streets and to the voting stations to press for a change of government. At least six people died in the protests, and President Wade was defeated by the current leader, Macky Sall.

The key lesson from Senegal’s election violence is that youth unemployment, which is 15 per cent in that country, can fuel the fire of political violence and civil unrest. A World Bank survey in 2011 showed that about 40% of those who join rebel movements say they are motivated by a lack of jobs.

Aware of this, African governments are confronting unemployment in many different ways. In Senegal, President Sall launched a programme in February 2013 to create 30,000 jobs by the end of the year and possibly 300,000 by 2017.